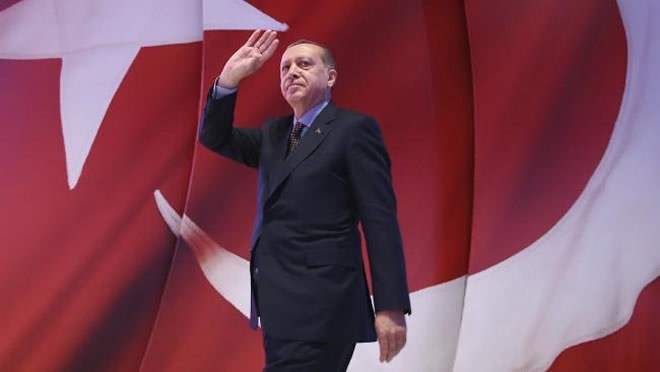 On Sunday evening in Ankara, Turkish Prime Minister Binali Yildirim stood on the balcony at the headquarters of his Justice and Development Party, or AKP, and hailed an election victory that will put him out of a job.

The “Yes” camp in Turkey’s referendum, led by Yildirim’s boss, President Recep Tayyip Erdogan, appeared to win a slender victory over the “No” vote, getting about 51 percent of the vote. Turks approved constitutional amendments that would scrap the country’s parliamentary system, including the office of the prime minister, in favor of a presidency with expanded powers.

“There is no loser in this referendum, but only one winner: Turkey and its noble Turkish people,” said Yildirim.

But the tiny margin of victory and the howls of protests from the opposition tell a different story. Two main opposition parties refused to concede defeat, demanding a recount after serious reports of voter fraud emerged. Despite the many flaws in Turkey’s democracy, its recent elections have been mostly fair. But that wasn’t the impression on Sunday night, with the opposition pointing to reports of fraudulent ballots and the erratic behavior of the country’s election commission.

“Up until today, Turkey’s opposition always thought that it lost fair and square,” said Selim Sazak, a fellow at the Delma Institute. “This, however, is a game-changer.”

Erdogan’s critics say the amendments will entrench one-man rule and establish a de facto dictatorship. His supporters argue that given Turkey’s history of coups — including a defeated attempt last July — civil strife and failed coalition politics, a stronger executive is needed. When the new system takes effect at the next elections, expected in 2019, it will mark the biggest change in Turkish politics since the emergence of the modern republic after World War I.

So, what now? Below we present a survey of reaction from Turkey-focused analysts. The narrowness of Erdogan’s victory can be interpreted as something of a blow to the Turkish president, with a once-fractured opposition coalescing now against him. On Sunday night, in neighborhoods throughout Istanbul, protesters banged on pots and pans to register their disgust with the vote. Erdogan may have claimed a win, but he cannot claim the unvarnished triumph he hoped for.

#TurkeyReferendum: Some 47.5 million voters cast their ballots – 51.37% of whom voted in favour of the constitution changes. #TurkeysChoicepic.twitter.com/jkOODIeX6N

Ziya Meral, a resident fellow at the Centre for Historical Analysis and Conflict Research in Britain, warned of the uncertainty to come:

“Both the close margins and disputed votes will taint Erdogan’s sense of victory and ease of handling the process to follow. This strengthens the Turkish opposition but also would mean international actors will be more vocal about asking for some of the proposed changes not to go ahead.

That can be seen in the Council of Europe’s statement already asking for the independence of the judiciary to be respected. The next phase will be socially and politically intense, with protests and harsh political polemics.”

Ragip Soylu, the Washington correspondent for Turkey’s Sabah newspaper — which is decidedly pro-Erdogan — said the “Yes” vote was a reaction to years of turmoil that included the resumption of a violent Kurdish insurgency, a wave of Islamic State terror attacks and last year’s failed coup attempt:

“I think the international media have focused more on Erdogan’s personality and less on social polarization, and what Turkish people have gone through for the last four years. Considering all of these problems, crises and hardships, the majority of the voters chose stability, and a system that provides more control and powers to Turkish government that can be influential to prevent further setbacks. The new system also creates a stronger presidency that can swiftly act against the crisis.”

Howard Eissenstat, an associate professor at St. Lawrence University and a fellow at the Project on Middle East Democracy, argued that the powers-that-be in Ankara should be chastened by the “no” camp’s ability to force a stunningly close result despite the full weight of the state working against them. But Erdogan may not hear the warning:

“Given the suppression of the ‘no’ campaign, the fact that much of the [pro-Kurdish] Peoples’ Democratic Party (HDP) leadership is in jail, and that the government’s effective control of the media ensured a massive imbalance in campaign coverage, the ‘no’ campaign did very well. For Erdogan, a narrow win is still a win.

He is unlikely to either slow his consolidation of power or reach out in meaningful ways to the opposition. He promised a ‘yes’ vote would result in more stability and a return of economic growth. I suspect that neither of these things is true.”

Omer Taspinar, a senior fellow at the Brookings Institution, pointed to the significance of the “Yes” camp’s defeat in Turkey’s three biggest cities — including Istanbul, where Erdogan was once mayor:

“The fact that Erdogan failed to win Istanbul for the first time since 1994 is particularly important sign that even some of the urbanized AKP supporters have deserted him. The result also shows that a united front against Erdogan has a chance of providing an alternative. The division of the opposition parties is a major liability for Turkish democracy. A galvanized opposition should start by seeking unity.”
Aykan Erdemir, a senior fellow at the Foundation for Defense of Democracies, sees hope for a new pluralist opposition to Erdogan:

“This is a referendum where we had Kurdish voters in the east voting along the same lines as secular Turks in the west. It might be the beginning of a new era. There’s the potential for something more than a tactical alliance, but it requires visionary leadership. The numbers are there, the energy is there. Whether someone can tap into that is the million dollar question.”

Gonul Tol, the director of the Middle East Institute’s Center for Turkish Studies, believes Erdogan may have to take a more moderate tack — and perhaps resume the peace process with Kurdish separatists:

“Today’s result means he lost ground among his own constituency and could not mobilize the nationalists as much as he wanted to. All this requires a different tone for the upcoming presidential elections in 2019. He has to appeal to the center, take major steps to address the downward turn in Turkish economy. In this context, a return to the negotiations with the Kurds has a better chance than it would have if he won a landslide victory, especially given that he fared better than expected among the Kurdish electorate.”

Soner Cagaptay, a Turkey expert at the Washington Institute for Near East Policy and author of a new book on Erdogan, suggests Erdogan’s razor-thin victory is a good thing rather than a recipe for prolonged political chaos:

“I think it’s actually the ‘best’ outcome. If Erdogan had lost, this would have unleashed a period of instability as he would have gone for a rerun of the vote as many analysts predicted he would, and if he had won with a wide margin, he would ‘gone off the charts,’ becoming completely authoritarian.  Now, his wings have been clipped and he has been humbled.”