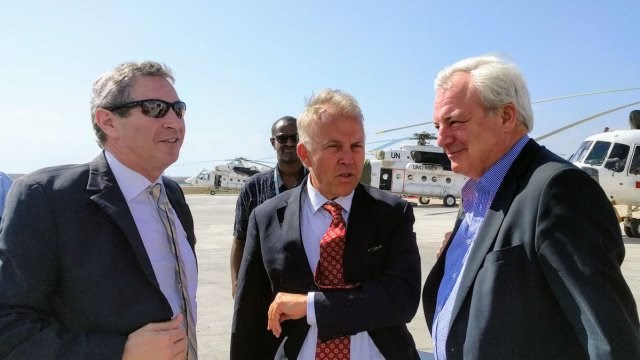 UN Secretary General Antonio Guterres is heading to Baidoa where he is expected to visit a medical facility and internally displace person’s camp.

The UN chief held talks with President Mohamed Abdullahi Farmaajo in Mogadishu before proceeding to the south western region which is one of the most drought ravaged places in the country.

President Farmaajo said they discussed the drought situation and security in the country.

His visit to Baidoa adds to a similar visit by former UN boss Boutros Boutros-Ghali in October 23, 1993.