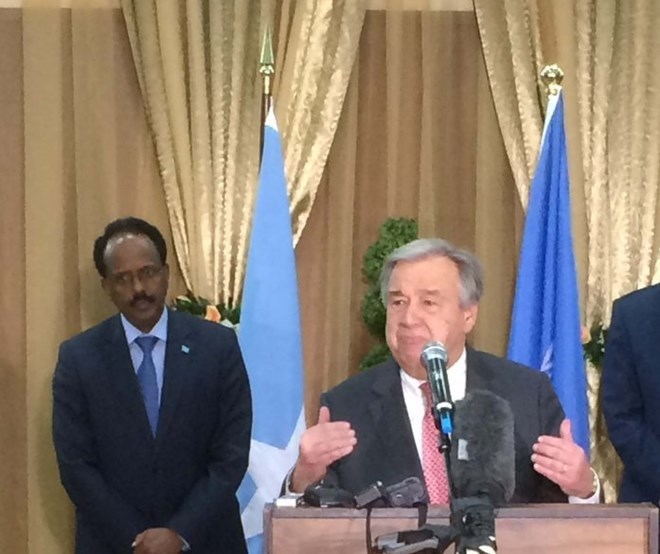 Somalia’s new president is criticizing the revised U.S. travel ban, telling journalists that “definitely” he would prefer it be lifted and reminding the United States that it has a large Somali community.

The revised ban temporarily bars new visas for citizens of six predominantly Muslim countries including Somalia, but Iraq is no longer on the list.

Meanwhile, airport authorities in Cairo say they’ve allowed six Sudanese refugees to board a flight for New York because they have yet to receive any instructions from the United States on Trump’s travel ban.