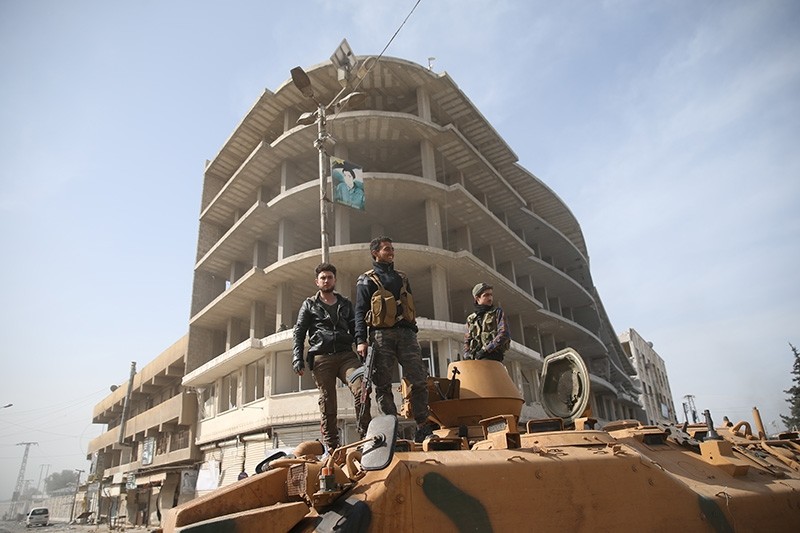 Speaking at the commemoration ceremony of the 103rd Anniversary of the Battle of Gallipoli, Erdoğan said that the Turkey-backed FSA forces entered the Syrian city as of 8:30 a.m. on Sunday.

The president noted that the Turkey-backed forces declared victory over terrorists in the area, who fled the city.

He highlighted that Turkey will immediately take necessary steps to make sure that the residents of the city are able to return to their homes as soon as possible.

“The terror corridor has been broken in four fronts,” the president said, referring to the attempts by the PKK-linked YPG to establish a terror corridor along the border with Turkey.