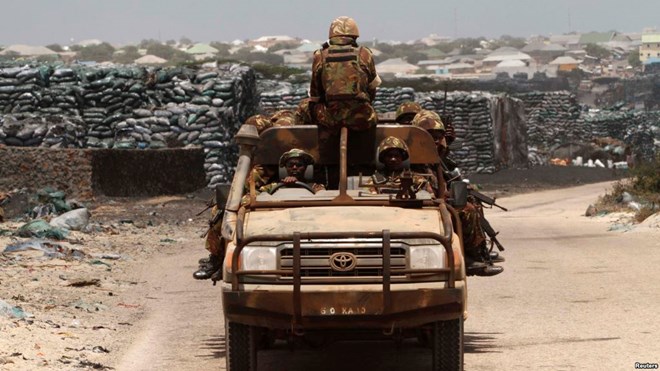 Somalia’s port city of Kismayu is on the spot again over suspected illegal exports after a string of photos emerged on the social media showing truckloads of charcoal being loaded onto boats.

Since Saturday, Somalia’s online media have been reporting that the port which was liberated by the Kenya Defence Forces in 2012 has now fallen among illegal exporters of charcoal, targeting the estimated $40 million (Sh4 billion) business.

RTN Somali TV, for example, published on its Twitter page photos of mountains of charcoal sacks, boats and trucks it said were being loaded for transport to the Middle East.

“The 20 boats of charcoal loaded today at the Port of Kismayu to Oman, Iran and UAE…shocking pillage and pilfering of Somalia’s natural resources,” it said on Saturday.

The authenticity of the images could not be immediately determined, but the Kenya Defence Forces has distanced its soldiers from any illegal activity at the port.

KDF Spokesman Col David Obonyo told the Business Daily the Kenyan troops are not directly involved in guarding the port and therefore cannot be a part of the export cartel.

“I have seen the photos before and it looks like somebody is trying to dig up old things for local political gains. We can confirm that no Kenyan soldier is involved in it. KDF is not at Kismayu Port. Our people are at the new Kismayu Airport where we provide security,” Col Obonyo said.

“KDF will have nothing to do with these photos. They could either be photoshoped or somebody is trying to bring up old photos.”

In the pictures, some soldiers are seen patrolling the port yard as porters load the sacks brought in by white trucks. The soldiers’ identity is difficult to determine from the photos.

KDF has previously fought similar allegations contained in a UN report which accused its soldiers of aiding the illegal export of charcoal and smuggling of sugar.
Then as now, Kenya soldiers maintained they follow a strict code of conduct and international law in Somalia.

But according to the arrangements by the Somali government, Kisimayu is under the Jubbaland administration which is headed by then Ras Kamboni leader Sheikh Ahmed Madobe who assumed office in May 2013, several months after KDF liberated the town from the al- Shabaab.