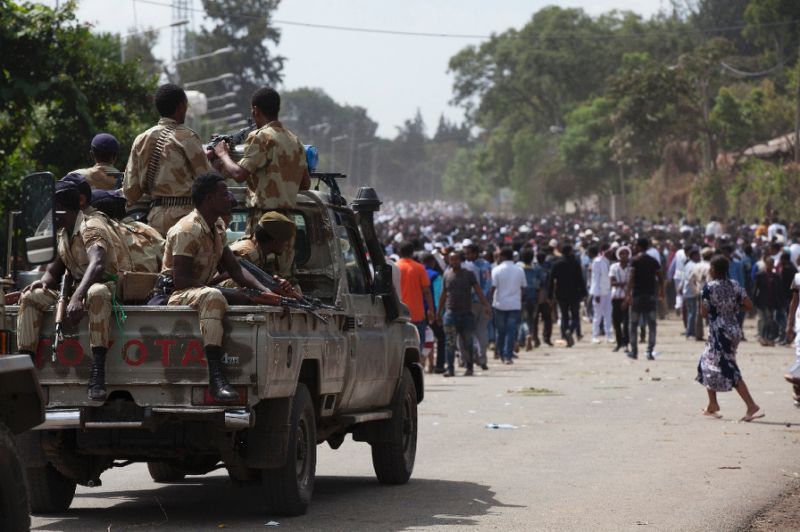 Authorities have shut off Internet access in eastern Ethiopia amid an outbreak of violence there, residents said on Wednesday, a sign of the challenges facing reformist Prime Minister Abiy Ahmed in containing ethnic tensions in parts of the country.

The residents, one speaking from Oromia region and the other from the city of Harar, said the connection had been down for three days — the first time access has been cut off since parliament lifted a state of emergency in June.

The government said unrest had been stoked by regional officials.

Government spokesman Ahmed Shide told Reuters on Wednesday that the Somali region’s president had stepped down and that he has not been reinstated, contrary to local media reports.

The residents in Oromia and Harar said they were concerned the violence could spread from the Somali region into other parts of eastern Ethiopia, in part because tit-for-tat ethnic reprisals were one part of the unrest that roiled the country for three years until the resignation of Prime Minister Hailemariam Desalegn in February.

The government had imposed emergency rule in February, a day after Hailemariam’s resignation after three years of street protests and violent unrest.

Since replacing Hailemariam in April, Abiy has turned politics and the economy on its head in the country of 100 million people but continuing ethnic violence poses a challenge to his reform drive.

Nearly 1 million Ethiopians are currently displaced from their homes due to ethnic violence in the Somali and Oromia regions and elsewhere, according to the United Nations.

The government’s move to shut down the Internet amid the latest violence over the weekend suggests a continuation of a knee-jerk reaction to unrest in recent years.

Abiy, a 41-year-old former army officer, has pledged greater freedoms. In the four months since he took office, the government has released political prisoners and lifted a ban on opposition groups.

During the protests before Abiy took office, the government frequently switched off the Internet, sometimes for several months at a time, in Oromia, a large region that surrounds the capital Addis Ababa and extends east all the way to the Somali region.

Halting the ability of young people to organise demonstrations or strikes online or on social media, using smartphones, was a strategy used to contain protests.

Ethiopia, a country of 100 million people, is one of the few countries in the world that still has a state telecoms monopoly, which makes shutting off the internet more simple than if there were multiple telecoms providers.