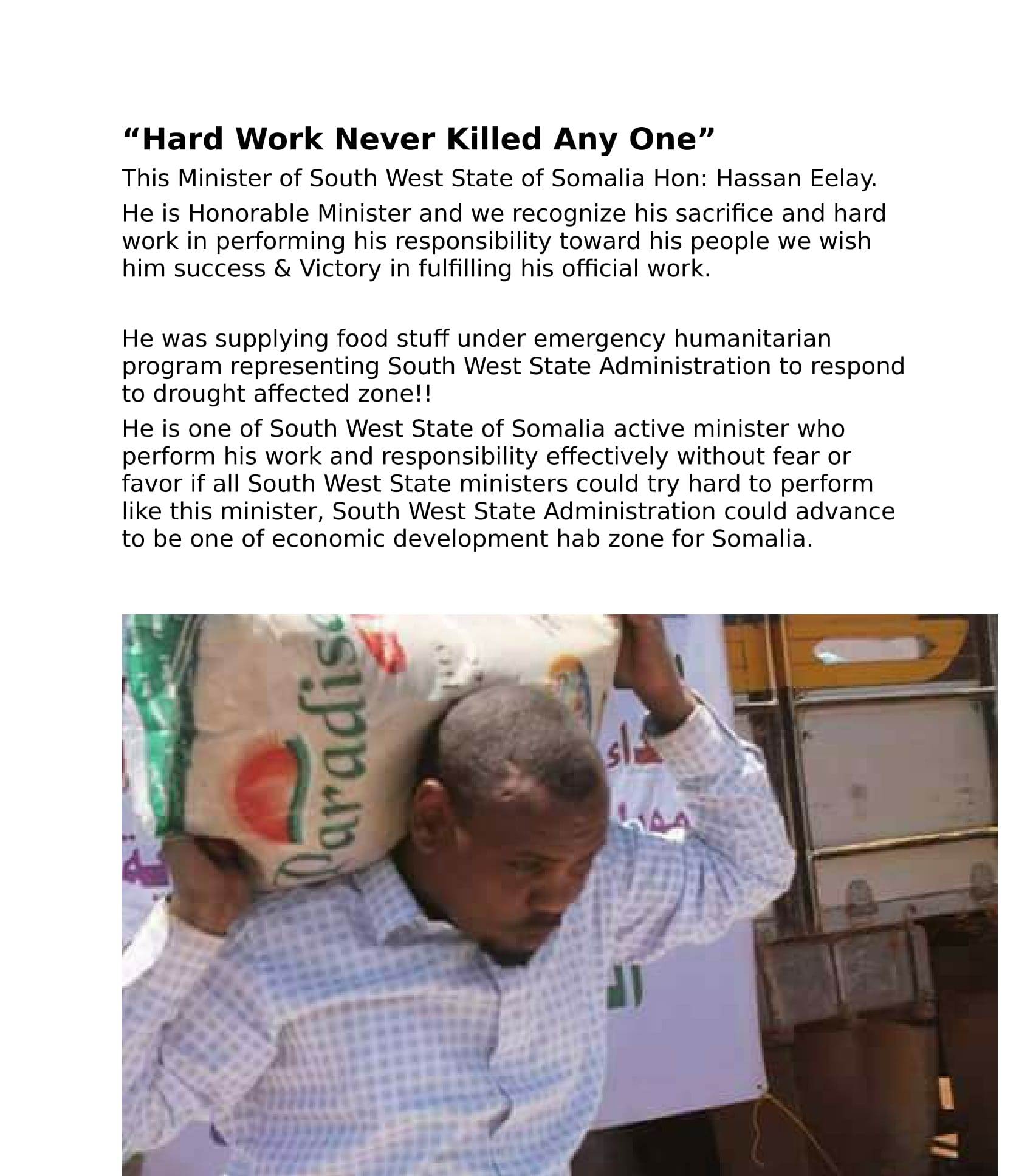 This Minister of South West State of Somalia Hon: Hassan Eelay. He is Honorable Minister and we recognize his sacrifice and handwork in performing his responsibility toward his people we wish him success & Victory in fulfilling his official work.

He is one of South West State of Somalia active minister who preform his work and responsibility effectively without fear or favor if all South West State ministers could try hard to perform like this minister, South West State Administration could advance to be one of economic development hab zone for Somalia .