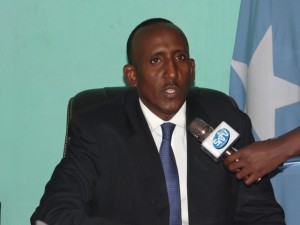 Former Somali information minister Mustaf Dhuhulow has been elected as member of Somali federal lawmaker after beating his main challenger in an election in Adado city on Wednesday.

Mr. Dhuhulow secured the seat of the federal MP and he was announced to be the first winner of the election, which is ongoing in the central town of Adado.

Galmudug state is holding the second phase of the lower house election, as the electoral process has been marred by internal dispute among the candidates and the delegates.