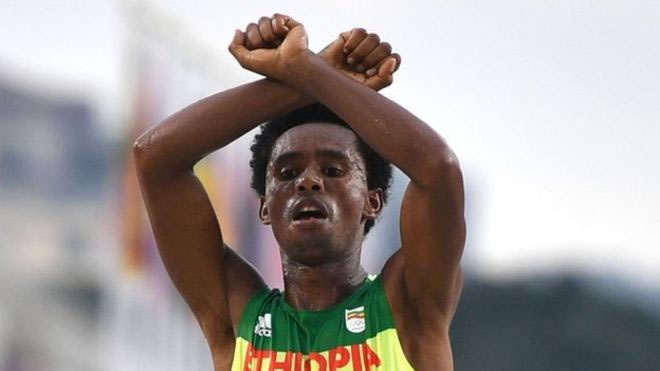 Ethiopian Olympian Feyisa Lilesa, who said he wanted to seek asylum after making an anti-government gesture in Rio, has arrived in the US.

The marathon runner crossed the line in second place with his arms above his head in solidarity with Oromo activists who are staging protests in Ethiopia.

He repeated the gesture later at a press conference, saying his life would be in danger if he returned home.

The government has been accused of brutally cracking down on protesters.

The country’s Information Minister Getachew Reda told the BBC at the time that he had nothing to fear and would be welcomed home as a hero.

But speaking after the race, Mr Feyisa said he might be killed if he returned.

“If not kill me, they will put me in prison. I have not decided yet, but maybe I will move to another country.”

His family later said that he wanted to seek asylum in the US.

Mr Feyisa is from Oromia, home to most of Ethiopia’s 35 million Oromo people, the country’s largest ethnic group.

The region has been hit by a wave of anti-government protests since November last year as people complain about social and political marginalisation.

US-based rights group Human Rights Watch has said that more than 400 people have been killed by security forces during the demonstrations.

The government disputes the figure and has said that it welcomes dialogue and peaceful protests to sort out issues that people may have.

The information minister has acknowledged that there have been some killings but has said that in the main the security forces conducted themselves “in a very professional and responsible manner”.

He put the killings down to “a few bad apples” 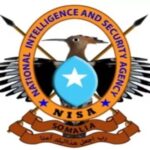 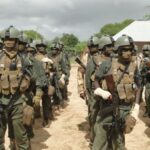 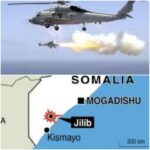