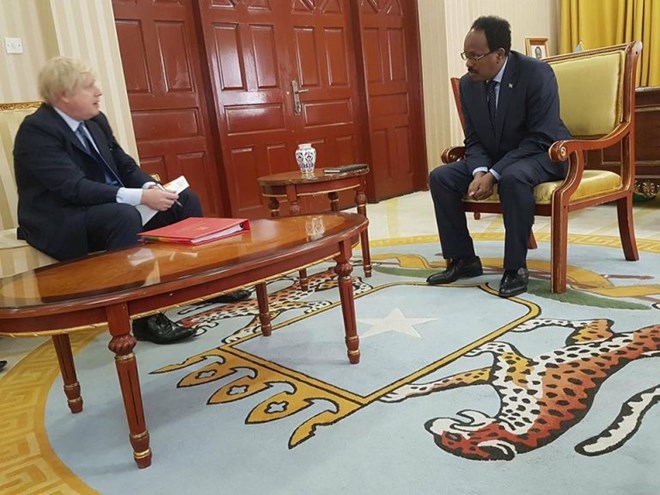 Mr. Johnson met with Somali President Mohamed Abdullahi Farmajo to discuss the worsening drought amid warnings from aid groups that Somalia is at risk of slipping into a famine.

Roughly 6 million people in the Horn of Africa nation – or half the population are facing serious food insecurity.

An overwhelmed and underfunded UN is facing an unprecedented humanitarian crisis as Sudan is in the midst of a full-blown famine and three other nations, including Somalia, Yemen and Northeast Nigeria are at a a credible risk of slipping into a famine.

In late February Britian pledged £100 million each in UK aid to  Somalia and South Sudan.

Just two days ago, The UK Government announced it will fund a £16 million programme to help avert famine in Somalia over the coming months. The emeregency funding will support more than 450 000 people with life-saving interventions and particularly food and water support.

Britain also announced on Wednesday that it would match “pound for pound” the first £5 million donated by the public to the Disasters Emergency Committee’s new East Africa Crisis Appeal.

After a recent visit to Somalia, UN humanitarian chief Stephen O’Brien said 2.9 million people in Somalia are at risk of famine and require immediate help “to save or sustain their lives”.