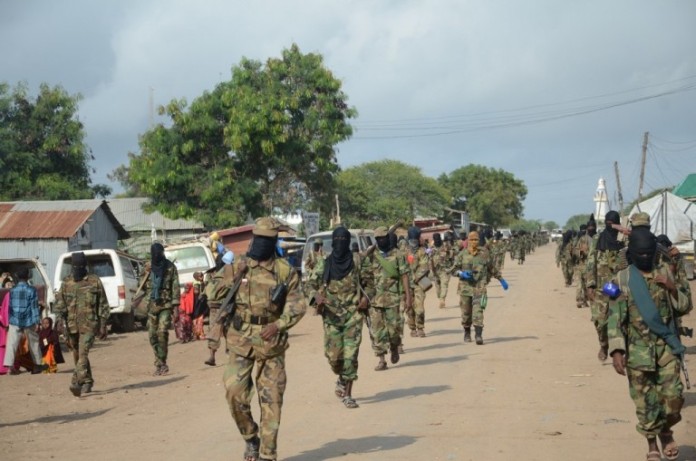 AMISOM has welcomed the surrender of a senior Al shabaab commander to Somali troops in Baay region of Southern Somalia, urging othern militants to follow his footstep.

The African Union Mission in Somalia (Amisom) through its Twitter timeline stated that Hussein Salad Mukhtar presented himself to the Somalia National Army on Tuesday.

Amisom is made up of regional troops including the Kenya Defence Forces (KDF) soldiers who have been battling the militants in a bid to pacify the region.

The Mission further divulged that an amnesty had been issued for any of the militias who have been terrorising the horn of Africa region to surrender their weapons.

“AMISOM calls on AlShabaab fighters to heed the Government’s amnesty, lay down their weapons & join other Somalis in rebuilding their country,” read the AMISOM statement posted on Twitter.

It further expressed hope that dozens of youth who had been recruited by the terrorist group would change their mind and follow Mukhtar’s footsteps.

“AMISOM hopes that other sons and daughters of Somalia who have been misled into terrorist acts will emulate the courageous action of Mukhtar,” it stated.

According to Somalia media, the commander was also a bomb expert and surrendered to the government forces in Baidoa town.

The fighters have been engaging peacekeeping troops, especially KDF, in ambush attacks attempting to take control of the leadership of the country.