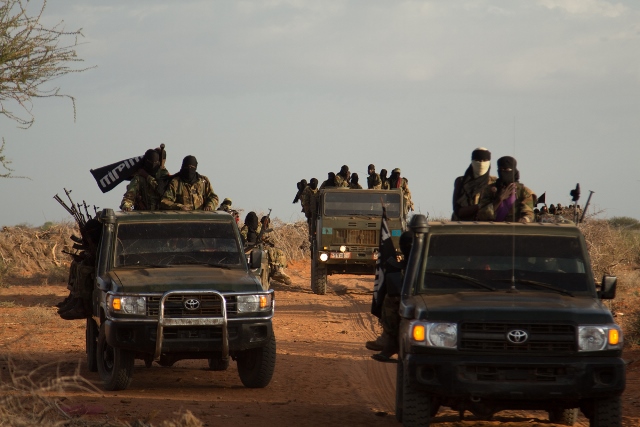 Heavily armed Al Shabaab militants staged a daring overnight raid on a military base near Bal’ad town which is manned by Somalia’s armed forces.

A deadly gunfight between Somali troops and Al shabaab fighters broke out at SNA outpost in Qalimow settlement, located in the outskirts of Bal’ad district in middle Shabelle region.

Residents said they woke up to heavy gunfire and loud grenade explosions late last night, as the warring sides engaged in a fierce fighting near a military base in Qalimow village.

There was no immediate confirmation on the casualties, but initial reports indicate that both sides have suffered deaths resulted from the clashes in the area.

Al Shabaab and SNA are yet to release statement on the attack, which was the latest in surge of raids against Somali and African Union forces in South and Central Somalia.